Vietnamese films have taken a while to appear and contend with Hollywood films, with the first film to be featured on an international level being in 1985, but the decade has seen their rise as a high grossing industry with quality films. Many of the films at the beginning of Vietnamese cinema feature the events of the Vietnam War and its effect on their people, however, recent films deal with a more broad sense of human experience while still featuring the traditional landscape of Vietnam. A more recent example of this is the film, Yellow Flowers on the Green Grass (2015), which tells the coming of age story of two brothers in love with the same girl, focusing on the story of young love rather than the poverty of the village surrounding them.

Check out CulturalPulse’s shortlist of the best Vietnamese films over the past 70 years below.

Genre: War
IMDB Rating: 7.9
Director: Thúc Can Hà
Stars:Hop Bich, Nguyen Dot Luu, Cong Son Trinh, Quynh Van
Synopsis: This film, shot on location in the early 1970’s, including scenes of the actual shelling and evacuation of the city of Hue, contains the only extant Cinemascope footage of Vietnam taken during this time … See full summary »

Genre: Drama
IMDB Rating: 8.5
Director: Khanh Du Nguyen
Stars: Dun Van, Duyen Hong, Hang Thu, Phuong Hong
Synopsis: With the Vietnam War as its background, “While the Mother is Away” follows the story of a mother and her five children living in the Mekong Delta in South Vietnam. The oldest of the five … See full summary » 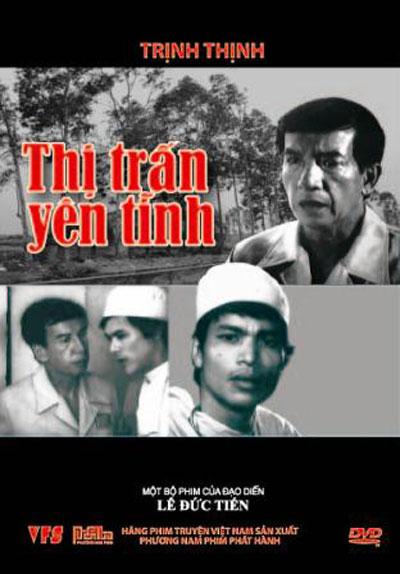 Genre: Comedy
IMDB Rating: 7.5
Director: Duc Tien Le
Stars: Bài Bình Bui, Thinh Trinh
Synopsis: A government minister from Hanoi has a car accident on the way to a wedding in a remote village. The county hospital does not have the authority to operate on a minister. The county … See full summary »

Genre: Drama, Romance
IMDB Rating: 7.4
Director: Nguyen Thanh Van
Stars: Ninh Cong, Duong Don, Anh Hong, Hoa Mai
Synopsis: For twenty years, Canh has lived in North Vietnam, unable to return to his home in the south where his wife is waiting for him. She is happy to reunite with her husband until she learns … See full summary »

Genre: Drama
IMDB Rating: 8.7
Director: Le-Van Kiet
Stars: Devon Duy Nguyen, Thu-Mai Tran, Liem Michael Doan, Nguyen Nguyen
Synopsis:  A coming of age story set in the urban backdrop of Orange County in the early 1990s. “Dust of Life” is a term labeled for kids who have been left abandoned on the streets. They live their …  See full summary »

Genre: Drama
IMDB Rating: 8.7
Director: Tuan Vu Dinh
Stars: Thuy Hang Do, Lam Tung Hoang, Kim Anh Nguyen, Minh Huong Le
Synopsis: According to the marriage arrangement of parent, Yen had to get married when she was only 10 years old. Since then, her life closed to the ups and downs of her husband’s family...  See full summary »

Yellow Flowers on the Green Grass (2015)