‘Sufi Rockstars’ set to entertain at Music @The Maj! ‘Sufi Rockstars’ set to entertain at Music @The Maj!

Adelaide’s foremost contemporary Sufi music group led by Farhan Shah is set to delight audiences at the popular ‘Music @ The Maj’ concert as it kicks off its 2021 series with Hear Now on Wednesday 19 May, 2021.

The group will bring their unique Australian version of the ancient poetry and song of the Sufis, from the Middle East and South Asia, to Adelaide recently designated as the UNESCO City of Music.

Following a critically acclaimed performance at the Adelaide Fringe Festival in 2019, where they received a 5-star ratings for their performance, Farhan was dubbed the “Australian Pakistani Pavarotti” by The Advertiser newspaper.

Deeply honoured by the compliment which references the great Italian Operatic Tenor, Luciano Pavarotti, and humbled by any comparison to the late singer Farhan jokingly says:

“Perhaps they saw some resemblance in our facial features or maybe it was the beard?” Renowned for his sensational voice, Farhan has established himself as the leading South Asian world music vocalist in South Australia and Australia, receiving recognition as both a solo and collaborating artist:

“Our musical band for the ‘Hear Now’ concert this coming Wednesday consists of a mini ‘United Nations’.

It’s an interesting blend of sounds when you have the Sufi Qawwali poetry, vocals and melody that blends with the sounds of the flamenco guitars and Kashmiri Santoor. When it’s layered with the chanting sounds of the Japanese percussionist, the yearning sounds of the Middle Eastern violinist and the hard hitting Qawwali style drumming of the Indian tabla, it really is a divine musical experience.”

Farhan and his ensemble specialise in sharing the Sufi tradition in an exciting contemporary way.

Adelaide Festival Centre in association with Nexus Arts presents ‘Music @ The Maj’ which kicks off with Hear Now, the first concert in the series and a one night only experience for lovers of the arts, theatre and music.

“Our newest event, Hear Now, celebrates the wealth of talented, culturally diverse artists and creatives who have all chosen Adelaide as their home. The series is such a wonderful way to highlight our city as a vibrant place for musicians and music enthusiasts to get together.”

The band of talented musicians recently performed at the Adelaide Convention Centre during an IFTAR dinner performance, during Ramadan, attended by highly respected leaders in South Australia. Born and raised for almost 30 years in the bustling coastal city of Karachi, Farhan Shah spent most of his youth in Pakistan before venturing abroad.

Growing up in the largest city in Pakistan, Farhan was inherently influenced by the soothing, chanting sounds of Sufi music which surrounded him during his upbringing.

But like many teenagers around the world he was also influenced by rock music and was so inspired he started a rock band called ‘Just in Case’ which was a popular band back then in Pakistan.

As he grew older his appreciation for other genres of music expanded to include pop, Bollywood and western music.

Listening to Sufi music from Pakistan, India and the Middle East including Turkey, Iran and Afghanistan, Farhan developed a deeper interest in rehearsing and performing the songs to a live audience.

Sufism, the mystical sect of Islam, is partly characterised by its rich musical tradition, based on writings of Sufi poets such as Rumi, Amir Khusrau and Bulleh Shah.

Travelling around the world, and experiencing other cultures, further inspired Farhan’s musical journey.

“I think I had to experience and appreciate all genres of music to do a full circle where I can appreciate Sufi music today for its true beauty. As a young child Sufi music was an inherent part of me and over time I gained an awareness of this aspect of my spiritual life as I grew older. Sufism is a divine science and people see spirituality in this music through devotional prayers.”

Two of his greatest musical inspirations brought global attention to the beauty of Sufi music.

Pakistan’s favourite singer, the late Ustad Nusrat Fateh Ali Khan is considered to be the greatest Sufi singer in the Punjabi and Urdu languages.

He is also recognised as the world’s greatest Qawwali singer, aptly nicknamed ‘King of Qawwali’.

He has contributed to putting Sufi music and Pakistan on the global cultural map. But it was breakthrough songs ‘Khwaja mera Khwaja’ that took the art form to the next level. 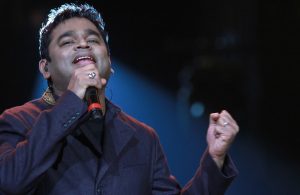 “Their music had something so unique that changed Bollywood music forever.” Farhan says.

When asked what that unique quality is, Farhan responds thoughtfully.

“It was not just the run of the mill type songs. These songs are so unique in their sounds, the soulful composition and arrangement of the music, the instrumentation, the enchanting melodies and alluring vocals. The music spoke to me and greatly influenced and changed my soul.”

When asked if Australian audiences are ready for Sufi music Farhan is quick to point out that the late Ustad Nusrat Fateh Ali Khan toured Australia in 1992 and again in 1995.

He was featured at Womadelaide Festival in Australia (WOMAD at Adelaide):

“Even before me, Australian audiences already had an appreciation for this unique genre of music called Sufi music which is classified as a part of World music.  What I find unique about Australia is that there is space for everyone and people are open to experiences” added Farhan.

In fact, it was only after Farhan arrived in Adelaide four and half years ago that the idea of performing Sufi music to a live audience became a reality.

Farhan admits his first performance in Adelaide was a beautiful experience.

“My first Qawwali performance, a form of Sufi music, was in a Church in Adelaide called Trinity Church, and was a spiritual experience. I embrace people of all backgrounds in my audience. Sometimes the festivals I attend, the audiences are 95% Caucasian but they enjoy the soulful music and chant with me.”

As the leader of Farhan Shah and Brothers Qawwali group (a traditional Qawwali Group), Farhan Shah & SufiOz (Contemporary Sufi Group) and Farhan Shah’s Udan Khatola (the Sufi Rock Ensemble based in Pakistan) the touring musicians have completed an extraordinary milestone of more than 100 performances across Australia and around the world.

Performances include the Adelaide Fringe Festival, the Jaipur Literature Festival as part of the OzAsia Festival South Australia, the Rumi Concert (Her Majesty’s Theatre) Adelaide, the Jubilee Arts Festival Lisbon Portugal, Mississauga Halal Food Festival in Canada and the Woodford Folk Festival in Brisbane, QLD which attracts over 150,000 fans over 7 days.

One of the highlights of Farhan’s musical career is being awarded the impressive Adelaide UNESCO City of Music Award for best international collaboration for at the SAM Awards in November 2020.

“Maula Ya Ali” is a prayer based around the Sufi idea of seeking help and guidance from the Master in difficulties.

‘Saavan’ (Monsoon Season) is a ‘thumri’, an Indian vocal form based on the romantic devotional literature inspired by the Bhakti movement. The song is a yearning for the beloved to come home as the rainy season has arrived.

Both the songs are part of the Audio Collaboration Project supported by Music Development Office of South Australia.

Farhan is thankful for their support.

Affectionately nicknamed the ‘Sufi Rockstars’, Farhan and his multicultural Sufi Contemporary ensemble are looking forward to performing at ‘Her Majesty’s Theatre’ again and says:

“As a band of musicians, we are looking forward to performing contemporary Sufi music at the newly renovated Her Majesty’s Theatre in Adelaide again. It is indeed an honour to perform in such an iconic venue.”

When asked what can audiences expect from the performance, Farhan Shah looks confident and purposeful:

“I hope through these enchanting poetries sung in various languages including Sanskrit, Urdu, Punjabi, Hindi, Farsi, Turkish, Arabic and English, that we can speak to people’s hearts and minds and touch their souls just as it once touched, influenced and continues to change my soul.”

According to the Australian Bureau of Statistics (ABS), the Pakistani population residing in Australia has increased to 91,000 in 2019.

Keen to learn more or engage the Pakistani community in Australia? Contact our team at [email protected]