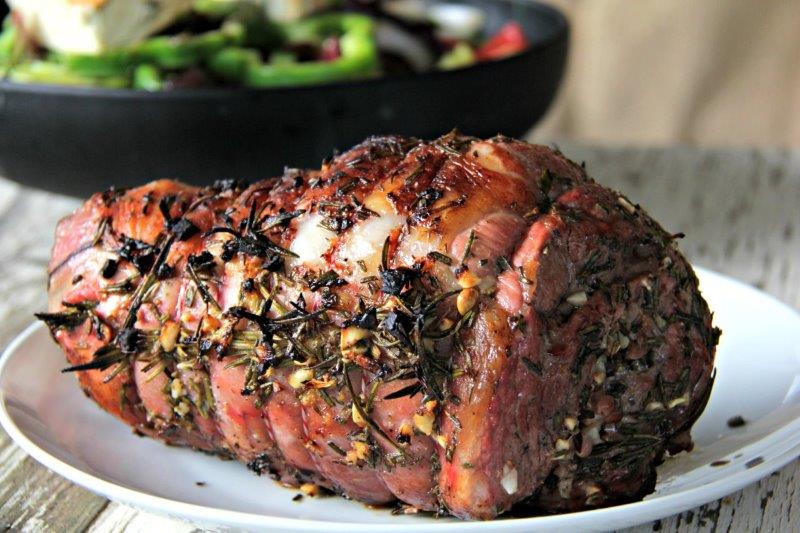 Of all the Christian feast days, Easter is the greatest time for foods, feasting and celebration for those of the Greek Orthodox faith! The celebration over the weekend continues through to Easter Monday, May 3.

The succulent aroma of garlic, lemon and rosemary-infused roasted lamb is the highlight of the Easter feast for families in Greece, Australia and around the world where the Greek diaspora has settled. This ancient tradition is practised in all the cities in Greece including the three largest – the Capital Athens, the second largest city, Thessaloniki and the third largest city, Patras.

Easter traditions are also celebrated throughout the Greek islands including the stunning Mediterranean islands of Santorini, Mykonos and Kythira that dot the Aegean and Ionian Sea.

Click here to read about 19 beautiful Greek Islands you have to visit (once International Travel is permitted).

The tradition continues around the world where the Greek diaspora have settled including multicultural cities like Sydney and Melbourne, Australia.

The Easter feast traditionally features a whole spiced lamb roasted over a charcoal fire and, is the most traditional of Greek Easter foods, served in honour of the ‘Lamb of God’ who was sacrificed and rose again on Easter.

Greek Orthodox Easter Sunday has religious significance with the resurrection of Christ.

Greek Orthodox Easter falls on a different day each year based on the Julian calendar and usually falls after the date of the traditional Easter celebrations based on the Gregorian calendar.

Many people practising the Greek Orthodox faith fast during the Sarakosti or 40-Day Lent, in a gradual ever-enhancing process of self-cleansing and spirituality, before Easter Sunday where families gather.

This is traditionally an occasion where entire families meet from across Greece and unite with extended family and friends in celebration of breaking the fast.

Complementing the tender roast lamb dish are grilled or cooked seafood, potatoes and vegetable salads which are served with rice dishes and Kokoretsi.

Kokoretsi is a traditional Greek dish consisting of lamb or goat offal that is chopped into tiny pieces, seasoned with lemon juice, olive oil, salt, and pepper.

Celebrations continue with the traditional game of the cracking of the ‘Kokkina’ red coloured eggs, symbolising the blood of Christ.

The egg has meaning as it symbolises the renewal of life

Tradition says that the Virgin Mother, Mary, dyed eggs this colour to celebrate the Resurrection of Christ and to celebrate life.

The dyed eggs are not supposed to be consumed until Easter Sunday when the traditional sweet buns called ‘Tsourekia’ Easter bread and the special butter twist Easter cookies ‘koulouria’ are also served along with famous Greek wines and spirits Ouzo, Tsipouro or Retsina. Each person at the Sunday feast chooses a red egg and taps it against someone else’s.

While each person taps the other’s eggs, those who are religious will say ‘Christos Aneste’ meaning Christ is Risen.

The other person usually responds ‘Alithos Anesti’ in Greek language meaning ‘He has indeed risen.

The breaking of the eggs is meant to symbolize Christ breaking from the Tomb.

The last person holding an uncracked egg is assured good luck for the rest of the year.

It is also traditional to eat magiritsa because it symbolises the end of the 40-day fast.

The celebrations continue through to Easter Monday, 3 May 2021!

The 2016 census recorded 397,431 people of Hellenic/ Greek ancestry with 93,740 born in Greece making Australia home to one of the larges Greek communities in the world.

The Greek community is the seventh largest ethnic group in Australia.

Keen to learn more or engage the Greek communities in Australia? Contact our team at [email protected]